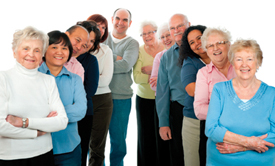 Childhood, adolescence, even the "twilight years" have been studied extensively, but the wide terrain known as midlife – the longest segment of the life course – remains largely uncharted. How well are Americans functioning at midlife? Why do some experience better health and greater well-being than others?

In 1995, the John D. and Catherine T. MacArthur Foundation went after these questions head-on by launching a landmark study known as "Midlife in the U.S.," or MIDUS. The study was conceived by scientists from diverse fields who were interested in how physical and mental health changes across the decades of adult life, for whom, and why.  To probe these questions, they surveyed over 7,000 Americans aged 25-74, asking for detailed information about people’s work and family lives as well as their views of themselves, their worries and concerns. MIDUS was innovative for the broad scope of its questions as well as its diverse samples (which included a national sample, siblings of many respondents, and a national twin sample).

In 2002, the National Institute on Aging funded a second assessment of the original participants (MIDUS 2), thus transforming MIDUS into a longitudinal study. Based out of the University of Wisconsin-Madison, 75% of the original respondents were re-interviewed.  The study was also expanded to include a battery of biological risk factors as well as neuroscience measures on subsets of respondents. A sample of 600 African Americans from Milwaukee, WI was also added to MIDUS 2 to sharpen the focus on the health and well-being of American minorities. 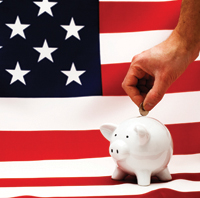 In 2011, with renewed support from the National Institute on Aging, MIDUS stepped into its third decade to expand the study via recruitment of an additional 2,600 participants (known as the “MIDUS Refresher”).  A key scientific focus in this new phase will be to investigate how the recent economic recession is affecting the lives of American adults.  Such work will probe not only people’s employment status, but their loss of savings and homes, their worries about paying bills, and changes in health insurance. How these experiences are linked to family life, emotional health, and biological risk factors is of central interest. On the heels of the Refresher, a third round of interviews with the original MIDUS respondents (MIDUS 3) was conducted in 2013.

Learning about success or failure as well as health or illness in adulthood is as important to society as understanding the problems or blessings of childhood. Mid-life is a period of increased responsibility for family and work, making the health or well-being of middle-aged men and women of critical importance to society as a whole. MIDUS is leading the way in telling the tale of midlife in the United States.